A Brain-centric Approach To Exercise 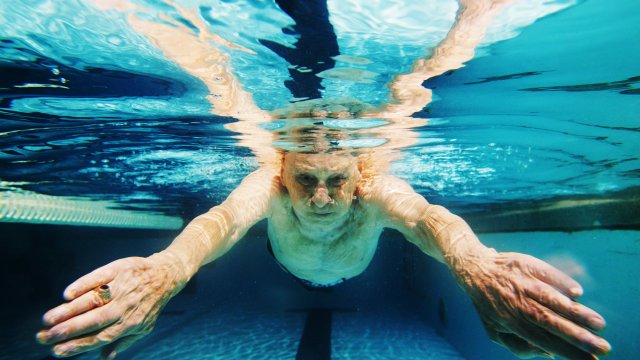 "Yes, exercising your butt will make you smarter!" That's the word from Scientific American. But what's the brain-booty connection? In one sense, it's simple: Exercise increases the heart rate, and that sends more blood to the brain, and blood carries oxygen. On a more complex chemical and molecular level, here's what happens: Sending more oxygen to the brain leads to neurogenesis. That's the production of neurons. Producing more neurons in the hippocampus makes it bigger, which can improve memory, thinking and spatial navigation. The overall size of the hippocampus is even bigger in exercisers.

Research suggests that a related benefit could be an antidepressant effect. Suppressed neuron growth is thought to be linked to depression, so generating growth could do the opposite. The benefits of activity only multiply from there. Exercise triggers production of neurotrophins — proteins that facilitate neuron survival, development and performance. Those healthy neurons boost memory and learning, plus greater brain plasticity.

Then there are higher levels of neurotransmitters — especially serotonin and norepinephrine, which can boost mood and information processing. Exercise might even help people with a rare genetic mutation that sets them up for early-onset Alzheimer's. While It obviously can't totally counteract a genetic blueprint, people who worked out for at least 150 minutes per week had better cognitive outcomes.

What kind of exercise is best for the brain? There's conflicting guidance.

A study at the University of British Columbia found that regular aerobic exercise boosts the size of the hippocampus. Other workouts, like resistance training, did not. On the other hand, there's some indication that a routine combination of balance, flexibility, and aerobics, like tai chi, is more beneficial than hyper-focused regimens.

But this much seems clear: Some exercise is better than no exercise. How much is optimal?

Here's what government guidelines suggest: Kids and teens need the most, about an hour a day. Adults need up to 300 minutes of weekly moderate activity — about half that if it's vigorous. And older people gotta keep moving more than two hours of moderate activity a week.