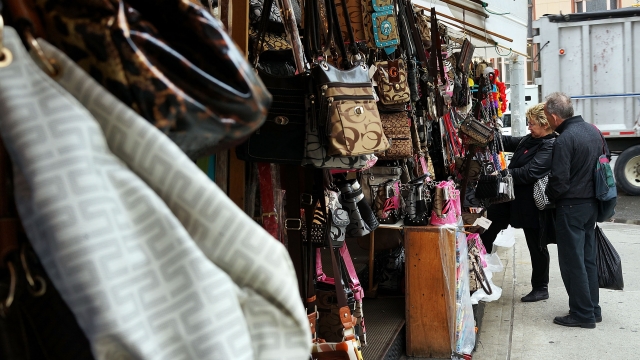 The order directs the Department of Homeland Security to stop online retailers from selling or facilitating the sale of bootleg products. It also asks the agency to create new rules to identify companies that have a high rate of counterfeits in their imports, as well as companies that may be trying to import goods despite being barred from doing so.

A DHS report released last month said the trafficking of "counterfeit and pirated goods ... through online third-party marketplaces" threatens U.S. manufacturing jobs and national security. It also made a series of recommendations, including enhanced vetting of third-party sellers and allowing Border Patrol more oversight to inspect warehouses for bootleg products.

U.S. Trade Representative Robert Lighthizer praised the order, saying: "The trafficking of counterfeit and pirated goods is a scourge that causes significant harm to our workers, consumers, intellectual property owners, and economy. The Trump Administration is continuing to show strong leadership in stopping those who steal American intellectual property and seek to profit off of counterfeit products."