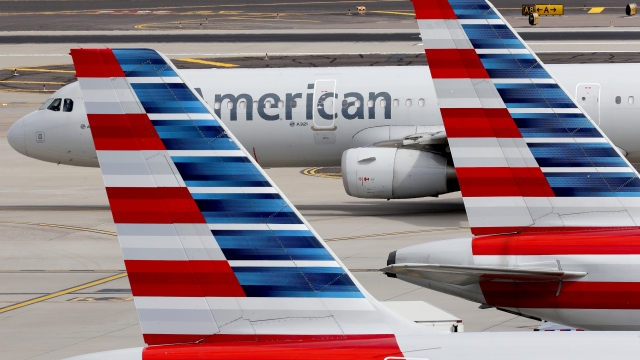 SMS
Exclusive: Pilot Docked Pay After Insisting Co-Pilot Wear A Mask
By James Packard
By James Packard
October 6, 2020
Face masks are required for passengers, but optional for some pilots in the cockpit. When one American Airlines pilot insisted on them, he lost pay.
SHOW TRANSCRIPT

UPDATE: After this story first published, American Airlines told Newsy its cockpit face mask policy is in line with that of United and Delta. Newsy pressed those airlines, and both relented that their pilot mask policies do, indeed, have exceptions in the cockpit, in contrast to the information they previously provided Newsy.

American Airlines, like its biggest competitors, has exemptions to its crew face mask policy for pilots in the cockpit. But Newsy learned of two pilots who were pulled from flights for insisting their colleagues wear a mask during flight. At least one was docked pay. The pilots' union says there are unsettled safety concerns with wearing a mask while flying. But one pilot, who talked exclusively to Newsy, says to take pay from the sidelined pilot is "simply wrong."