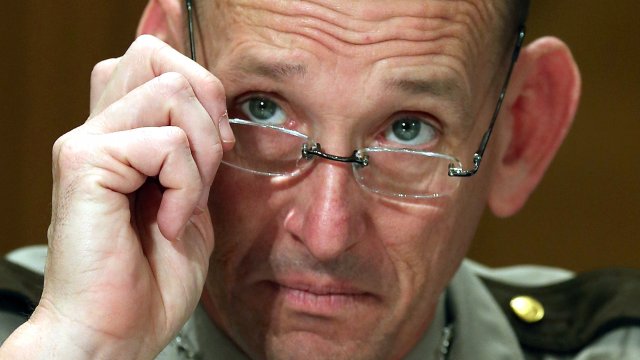 The outgoing director of the Secret Service says he wasn't fired from his position — despite reports suggesting otherwise.

In an email addressed to Secret Service agents, Randolph "Tex" Alles said, in part: "No doubt you have seen media reports regarding my 'firing.' I assure you that this is not the case."

He added he was told weeks ago to expect "transitions in leadership" across the Department of Homeland Security, and it's his "sincere regret" that he couldn't address employees sooner.

White House Press Secretary Sarah Sanders announced Alles' departure in a statement Monday. She didn't say if he was fired or if he chose to leave. But unnamed administration officials told CNN that President Donald Trump told his acting chief of staff to fire him.

President Trump has tapped James Murray, a longtime member of the Secret Service, to take over as director. He starts next month.