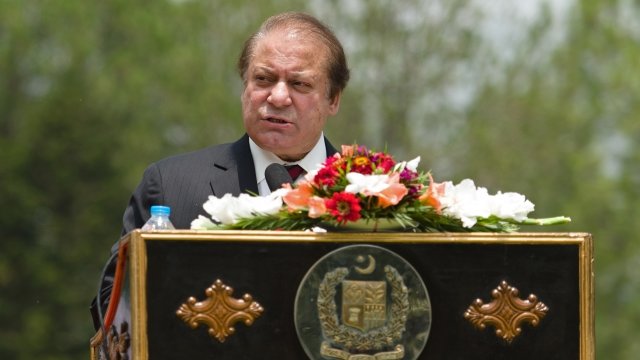 A former Pakistani prime minister was sentenced to 10 years in prison Friday and fined more than $10 million.

Nawaz Sharif was sentenced on corruption charges relating to his family's purchase of expensive overseas real estate. The purchase of those properties was exposed in the Panama Papers — leaked documents that revealed how the world's rich and powerful hide their wealth using offshore tax havens.

But Sharif and his family say they obtained the properties legally and call the charges politically motivated.

Sharif was removed as prime minister in July 2017 over the allegations.