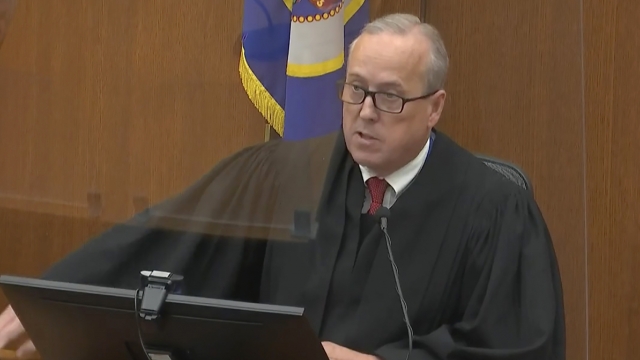 SMS
Former Minneapolis Officers Request No Broadcast Trial In Floyd Death
By Associated Press
By Associated Press
September 2, 2021
Attorneys for the three former officers charged in the death of George Floyd claim some witnesses won't testify if the trial is broadcast live.

Attorneys for three former Minneapolis police officers charged in George Floyd's death asked a judge Thursday to bar their upcoming trial from being livestreamed, saying some witnesses won't testify if the proceedings are broadcast.

Thomas Lane, J. Kueng and Tou Thao are scheduled to stand trial next March on charges of aiding and abetting both second-degree murder and manslaughter in Floyd’s May 2020 death. Their co-defendant, Derek Chauvin, was convicted in April of murder and manslaughter and sentenced to 22.5 years in prison, after weeks of proceedings that marked the first time in Minnesota that a criminal trial was livestreamed in its entirety.

Before Chauvin’s trial, attorneys for all four men requested the trials be broadcast, but Lane and Kueng recently backtracked, with their attorneys saying that the “worldwide publicity” from televised coverage of Chauvin’s trial “crushed” their clients’ right to a fair trial.

Attorneys Earl Gray and Tom Plunkett say the public access led some witnesses to decline testifying for the defense, noting one witness in the Chauvin trial has been harassed and another faced professional scrutiny.

Thao's attorney, Robert Paule, said in court Thursday that Thao was joining the other former officers' objections. None of the three defendants attended the hearing.

Minnesota court rules usually ban cameras at criminal trials unless both sides agree to them. The livestreaming of Chauvin's trial was widely praised and has led the state to consider expanding its rules for broadcasting future court proceedings.

Hennepin County Judge Peter Cahill, who presided over Chauvin's trial and is also handling the case of the other three officers, said he would rule later on the livestreaming matter.