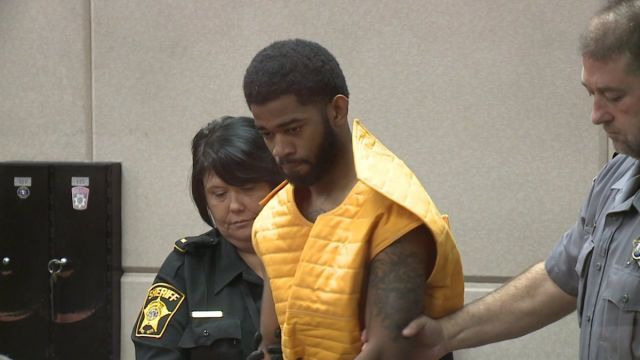 SMS
Ex-Police Officer Charged In Shooting That Sparked Milwaukee Protests
By Jamal Andress
By Jamal Andress
December 15, 2016
The former officer is accused of shooting a man twice, and prosecutors allege the second shot was fired when the man was unarmed.
SHOW TRANSCRIPT

Heaggan-Brown was fired from the Milwaukee Police Department two months after the August shooting when he was charged in an unrelated case involving the sexual assault of two men.

SEE MORE: What It Means To Live In A Segregated Milwaukee

After Smith's death, several days of protests in the city were highly publicized. They turned violent the first two nights after the incident; several businesses were set on fire along with a police car.

Heaggan-Brown was wearing a body camera the night of the shooting, and the Milwaukee Police Department says that footage shows Smith was armed when he initially ran from officers.

Smith's family released this statement concerning the charges: "We always believed that Sylville should be alive today, and that this rogue officer was completely wrong. Though the decision to prosecute cannot bring back Sylville, justice is needed for our family as we continue to move through deep grief and seek justice for his wrongful death."

As of Thursday afternoon, Milwaukee police hadn't released footage of the shooting to the public. Heaggan-Brown will make his initial court appearance Dec. 16.