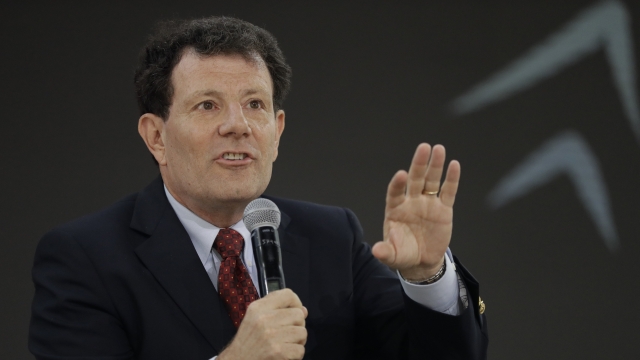 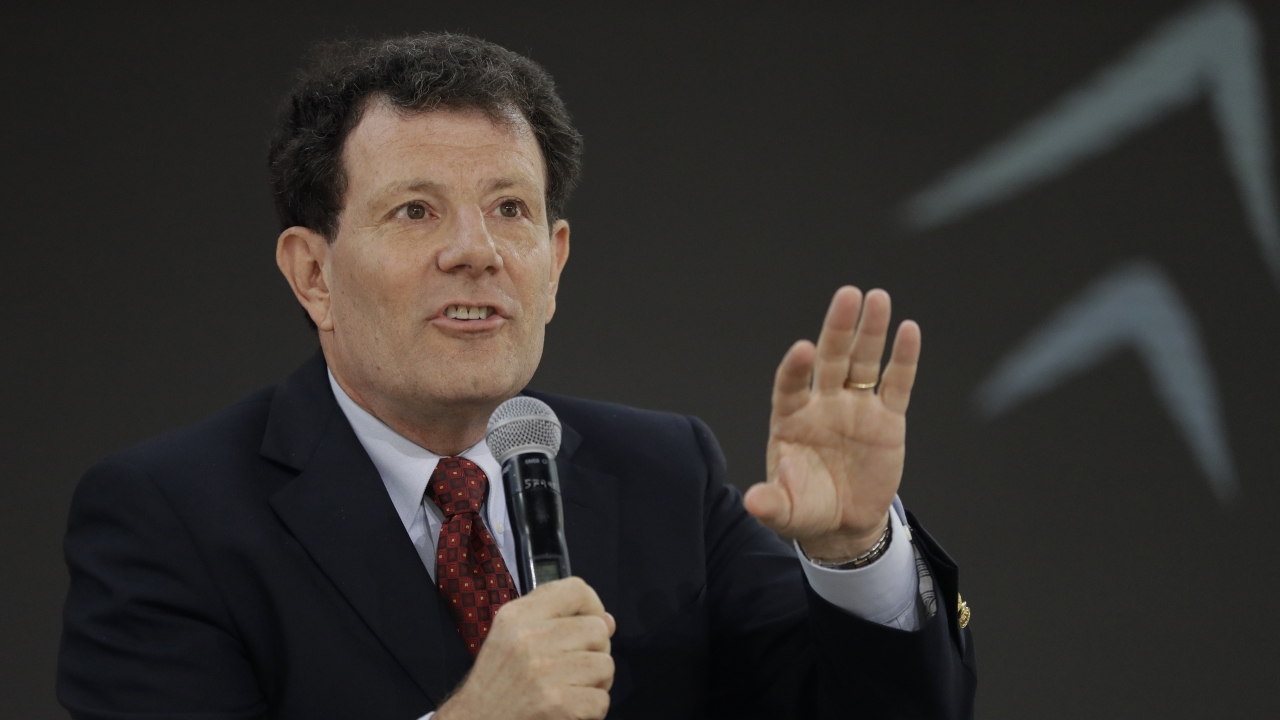 "I've never run for political office in my life," Kristof said in a campaign video, expressing it as an asset. He said he felt compelled to run for governor because, after covering crises around the world, he was heartbroken to see ones afflicting his home state.

Kristof pointed out that many of the kids he grew up with in Yamhill, 25 miles southwest of Portland, are dead, their deaths drug- or alcohol-related. Kristof calls them victims of inequality.

Kristof joins a crowded field of Democrats seeking their party's nomination to be the candidate in the 2022 election, including Oregon House Speaker Tina Kotek and state Treasurer Tobias Read. Democrats have held the governor's office since 1987.

In his video, Kristof said political leaders have been unable to resolve issues such as drug addiction, homelessness, unaffordable housing, a spiraling homicide rate in Portland and weak mental health support.

"Nothing will change until we stop moving politicians up the career ladder year after year, even though they refuse to step up to the problems Oregon faces," Kristof said while wearing a jacket with the logo of Portland-based Columbia Sportswear.

Kristof has faced questions of whether he's even eligible to run for governor. According to the law, a candidate must have been a resident of the state for at least three years before an election. Kristoff voted in New York state in November 2020.

A legal opinion by lawyers working for Kristof, first reported by Willamette Week newspaper, said Kristof has always considered Oregon his home, even though his job required him to live and work around the world.

"Nothing in the Oregon Constitution or the historical sources used to interpret its meaning suggest that registration to vote in another jurisdiction alone disqualifies a person from residential eligibility for governor," said the opinion, co-written by Misha Isaak, Oregon Gov. Kate Brown's former general counsel.

Kristof and his wife, Sheryl WuDunn — who also was a New York Times reporter — bought a 150-acre property in Yamhill in 1993 and have worked the land and paid Oregon property taxes on it.

Also trying to illustrate Kristof's ties to this Pacific Northwest state, the lawyers added that Kristof has hiked its entire length on the Pacific Crest Trail, backpacked around Mount Hood (the state's tallest peak) and eaten at Mo's Seafood and Chowder in Lincoln City, a restaurant chain that's an institution on the Oregon Coast.

"He is not a prominent actor, or a professional wrestler, or a reality TV star. He's a columnist for a publication that has a specific kind of a readership," Clucas said.

On Monday, he asked his class of around 30 students on state politics who had heard of Kristof. Only two did.

Media coverage of Kristof's announcement will help him gain name recognition, but he faces an uphill battle ahead of the May 17 primary elections in which the Democratic and GOP gubernatorial candidates will be elected.

"Clearly the issues he has raised are ones that people are concerned about in the state. Some parts of rural Oregon have remained in economic recession since the 1980s," Clucas said.

The 62-year-old Kristof, who left The New York Times earlier this month, has written frequently about the economic and social problems of the people he grew up with in Oregon as the region's manufacturing and timber economy collapsed.

Democratic Gov. Kate Brown is term-limited and can't run for the state's top office again. About a dozen Republican candidates have also said they will run for their party's nomination.