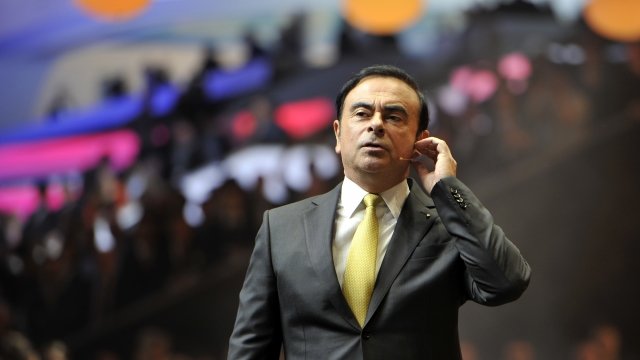 SMS
Ex-Nissan Chair Carlos Ghosn Claims He's Been 'Wrongly Accused'
By Katherine Biek
By Katherine Biek
January 8, 2019
Ghosn made his first court appearance on charges he underreported his income by more than $44 million over a five-year period.
SHOW TRANSCRIPT

Ghosn's court appearance marked the first time he's been seen publicly since he was first arrested back in November for allegedly underreporting his income by more than $44 million over a five-year period.

Japanese authorities re-arrested Ghosn twice in December over further allegations, including suspicion of breach of trust. Ghosn is currently scheduled to remain in custody until Jan. 11.

Ghosn's legal team requested Tuesday's hearing to get an explanation for why their client's time in detention was extended. The judge said it's partly because Ghosn is considered a "flight risk."

At Tuesday's hearing, Ghosn said he'd "always acted with integrity" and that he's been "unfairly detained based on meritless and unsubstantiated accusations."

It could reportedly be months before Ghosn's trial starts. If he's found guilty of violating Japanese financial law, he faces up to 10 years in prison and a fine of almost $89,000.