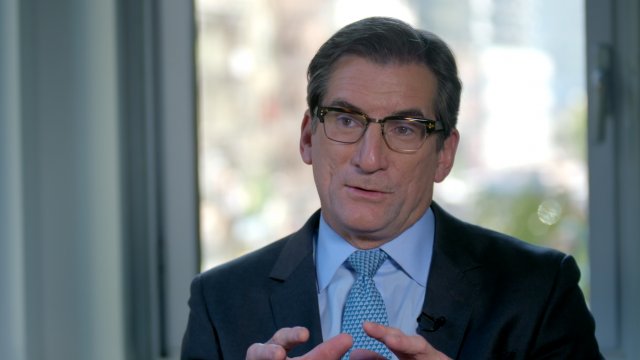 Between jobs, taxes, and trade, there’s a lot of economic issues that Americans are thinking about ahead of the next presidential election. But there’s another major financial priority among voters, too.

Recent polling from Americans for Financial Reform shows that voters in both major parties support more finance industry regulation. But the former CEO of the world’s second-largest stock exchange says that isn’t necessary.

“The financial industry is quite heavily regulated. If you go to a major bank they have regulators who are resident at the bank physically; that’s where they come to work everyday,” said ex-Nasdaq CEO Bob Greifeld.

In his new book “Market Mover: Lessons from a Decade of Change at Nasdaq,” Greifeld writes that “good regulation is an essential feature of modern markets.” However in an interview with Newsy, he said there is enough of that already.

“I think if you educated the consumer about the amount of regulations there today, he’d probably come up with a different answer,” Greifeld said.

In the wake of the 2008 financial crisis, lawmakers responded by passing the Dodd-Frank bill, which created new industry regulations and established the Consumer Financial Protection Bureau (CFPB). But a number of post-recession scandals, from the London Whale at JP Morgan Chase to the fake accounts created by Wells Fargo, have left some consumer activists unconvinced that Wall Street has learned its lesson. And under the Trump Administration, the future of the CFPB — which is explicitly tasked to take on these scandals — has been unclear.

Meanwhile, several Democrats running for president, including Senators Elizabeth Warren and Bernie Sanders, have released plans to reform Wall Street. Both would reinstate a version of the Glass-Steagall Act — a post-Depression era law separating investment banking from commercial banking that was repealed in 1999.

“I certainly think it’s a side effect of the recession, but I think that’s a persistent concern because one of the issues that Wall Street has is its unknowable to the general public. And when something is unknowable, then people will naturally come to somewhat nefarious conclusions in terms of what they’re about,” Greifeld said.

Over the past few months, there’s been a lot of talk of another recession looming. Between trouble in the manufacturing sector and unpredictable trade negotiations, people from Wall Street to Washington were sounding the alarm. But Greifeld believes the U.S. is in a good spot right now.

“What I say to people is, recognize these are good times. It’s hard to recognize good times when the good times are happening. So the markets are saying we’re relatively stable, and we’re stable at a high level. So I feel good about things,” Greifeld said.