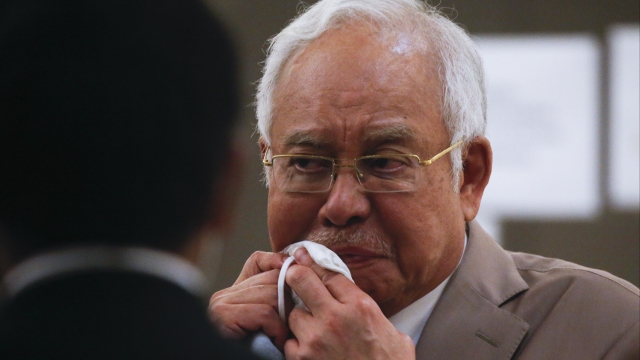 Former Malaysian Prime Minister Najib Razak was sentenced to 12 years in prison Tuesday for his part in a multibillion-dollar looting of a state investment fund.

The sentence came after the court found him guilty of one count of abuse of power and six counts of money laundering and breach of trust.

Najib — who was ousted in 2018 — said he was innocent and would continue to fight the accusations. A judge is allowing him to remain at home during appeals but he must check in with police twice a month.

The trial was the first of several corruption cases involving Najib’s family and associates. Prosecutors say some of the funds were used to finance "The Wolf of Wall Street" movie, and buy hotels, a $250 million yacht, and a $35 million Monet painting.

Najib's appeal is expected to be wrapped up in a year.