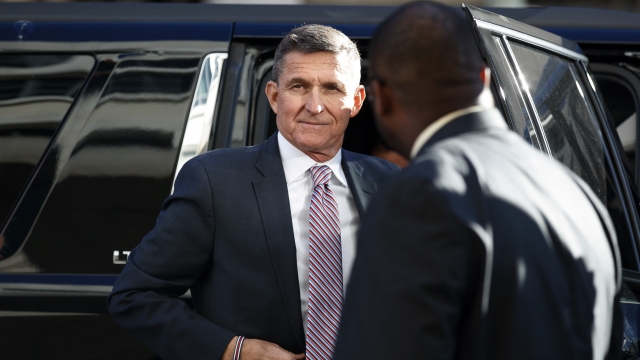 ​A former judge appointed to review the DOJ's request to drop the criminal case against Michael Flynn recommended the court reject that request.

A former judge appointed to review the Justice Department's request to drop the criminal case against Michael Flynn has urged the court to deny that request.

The former national security adviser pleaded guilty in 2017 to lying to the FBI but sought to withdraw his guilty plea earlier this year. He's proclaimed his innocence and accused federal prosecutors of acting in "bad faith."

But the ex-judge argued in a filing on Wednesday that Flynn withdrawing his guilty plea was in itself an act of perjury. He also said the DOJ's arguments for dismissing the case were "riddled with inexplicable and elementary errors of law and fact ... and they depart from positions that the Government has taken in other  cases." He called the move by the DOJ "a gross abuse of prosecutorial power," and accused the agency of "attempting to provide special treatment to a favored friend and political ally of the President of the United States."

As such, he recommended that the judge overseeing the case reject the DOJ's request. And although he said Flynn had "indeed committed perjury," he suggested that the court "should take Flynn's perjury into account" when sentencing him on the original charge instead of bringing any new charges against him.