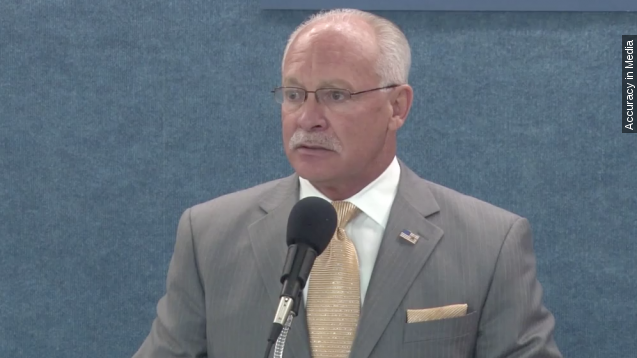 If you lie on your resume, you're eventually going to get caught. Trust us.

It just happened to Wayne Simmons. He claimed to be an "outside paramilitary special operations officer" for the CIA. Turns out, he's something of a quack.

Simmons was arrested Thursday and charged with making false statements, major fraud against the U.S. and wire fraud.

The indictment, which was just released Thursday, didn't say all of his work was made up. He did do jobs for government contractors overseas. But he only gained those gigs after allegedly falsely representing his title with the CIA. And then there's this:

He repeatedly appeared on Fox News as an "expert witness" and provided commentary on terrorism and national security matters. (Video via Fox News)

And it doesn't end there. On his personal website, Simmons claims he spearheaded missions against "some of the world's most dangerous drug cartels and arms smugglers." Oh, and he wrote a book believed to have been drawn from his "work experiences."

It's not clear how all of this came to light, but CNN reports U.S. officials received numerous calls about his suspicious work history. The CIA says it is "working closely with the Justice Department" on the matter. (Video via America's Survival)

If Simmons is convicted, he could face up to 35 years in prison.