Ex-Chesapeake Energy Corp. CEO Dies The Day After His Indictment 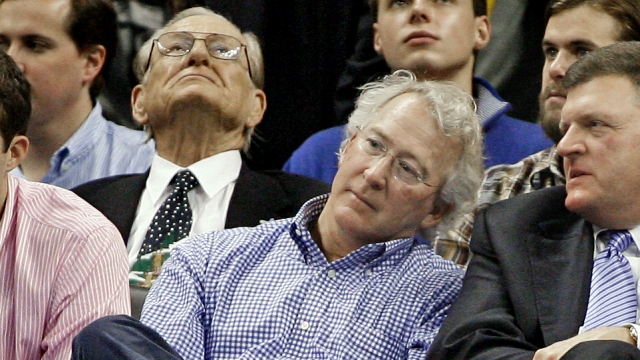 The co-founder and ex-CEO of Chesapeake Energy Corp. died in a car wreck in Oklahoma City a day after he was indicted on a conspiracy charge.

Oklahoma City police said Aubrey McClendon was driving over the speed limit when the car hit a wall. The Chevy Tahoe caught fire after the crash.

"He pretty much drove straight into the wall. ... There was plenty of opportunity for him to correct or get back on the roadway, and that didn't occur. He went straight into the embankment and collided into it," said Oklahoma City Police Capt. Paco Balderrama.

McClendon was accused of conspiring to rig bids for oil and natural gas leases between 2007 and 2012.

Authorities allege Chesapeake and another large company had arranged which one would win the rights to leases before the bidding process and then are accused of splitting a portion of the profits.

McClendon denied those claims, saying the conspiracy charge was "wrong and unprecedented."

Police told reporters they would have a better idea of what happened in the crash as soon as they had information from his vehicle's built-in computer. The investigation is expected to take one to two weeks.

This video includes clips from CNBC, CNN, KOTV, KWTV and Chesapeake and images from Getty Images.