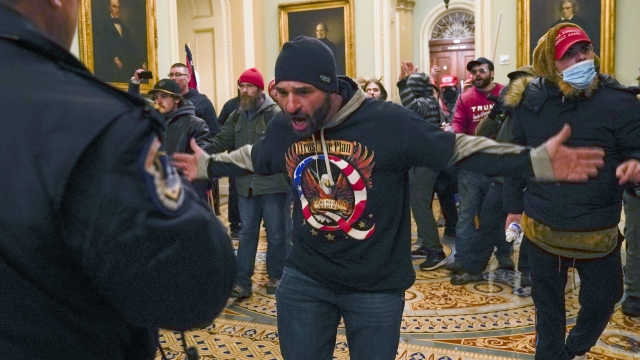 A question you've probably been asking since Wednesday: How did this even happen in the first place? And we may now have a sense for how this was all able to happen.

The answer, piece by piece, starting to become more clear. The former Capitol Police chief says Senate and House security officials rejected his request for that the D.C. National Guard to be on standby.

Steven Sund, who resigned following the attack, spoke out for the first time in an interview with the Washington Post. He said if the National Guard had been there, it would have been able to hold rioters at bay until more officers could show up.

The U.S. Capitol Police board has named a new Acting Chief. As of Friday, Assistant Chief Yogananda Pittman is now serving in the position. Pittman has been on the Capitol Police force for nearly 20 years.