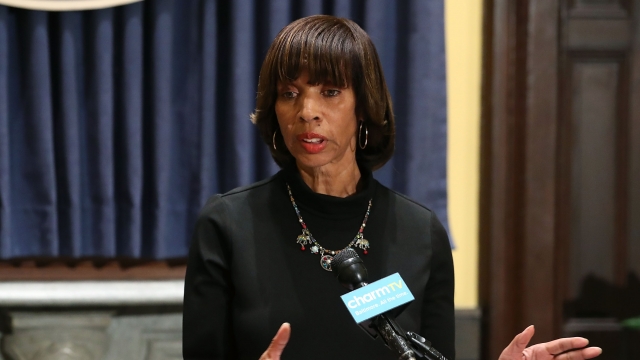 Former Baltimore Mayor Catherine Pugh has pleaded guilty to several federal charges stemming from a book deal scheme that led to her resignation earlier this year.

According to the U.S. Attorney's Office in Maryland, Pugh admitted to running a yearslong scheme involving her self-published "Healthy Holly" children's books. She admitted to defrauding book buyers, many of them nonprofit groups, in several ways, including "not delivering books after accepting payments ... and by double-selling books without either purchaser's knowledge or consent."

She used the books' proceeds "for her own purposes," including funding her mayoral campaign and buying and renovating a house in Baltimore. Pugh is also accused of filing false income tax returns and underreporting her income.

Pugh's lawyer told The Baltimore Sun after the hearing: "After careful consideration of the charges brought against her, Ms. Pugh has decided to forego a long trial. Such a trial would drain essential government resources and cause further distraction from the serious issues our region faces. Ms. Pugh sincerely apologizes to all of those that she let down, most especially the citizens of Baltimore, whom she had the honor to serve in multiple capacities for decades."

Pugh faces up to 20 years in federal prison for the wire fraud charge, five years for conspiracy to defraud the United States, and five years for each of the two counts of tax evasion.