Atlanta Officers Fired For Excessive Force Sue For Their Jobs Back 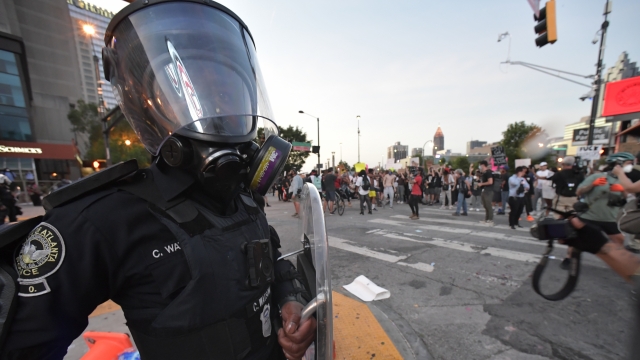 The two former officers, who were fired for using excessive force, sued Atlanta's mayor and police chief on Monday.

Two Atlanta police officers who were fired after body camera video showed them using stun guns on a young couple to force them out of their car are suing to get their jobs back.

On Monday, the former officers filed suit against Bottoms and the police chief, arguing they were denied due process prior to being let go. According to the suit, they were fired "without an investigation, without proper notice, [and] without a pre-disciplinary hearing," which it says is "in direct violation of the [city's] municipal code." The suit also alleges the officers' "use of force was ... in compliance with the law, [and] the policies of the Atlanta Police Department," and that other officers involved in the incident "engaged in substantially similar conduct ... but have not been dismissed."

As such, the two want their jobs back, as well as any back pay and benefits lost during their time off the force.

Both officers, as well as four others, are facing criminal charges related to the incident, which range from aggravated assault and aggravated battery to pointing a gun without cause.