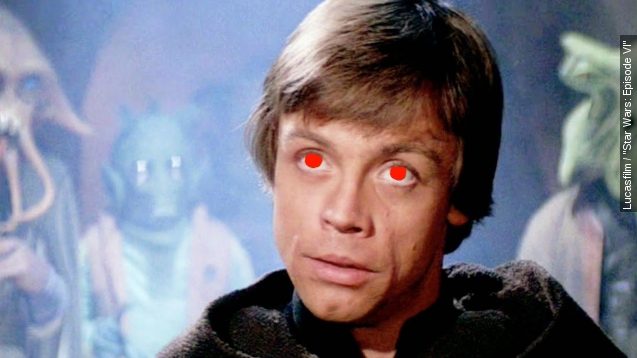 SMS
Evil Luke Skywalker Is Definitely Happening
By Zach Toombs
By Zach Toombs
October 22, 2015
Disney and director J.J. Abrams seem to have been dropping hints about a turn to the dark side.
SHOW TRANSCRIPT

Theory: "Episode VII" will bring us evil Luke Skywalker. Hard to believe, we know. But let's lay out the evidence.

Director J.J. Abrams says one question convinced him to take up "Episode VII." That's, "Who is Luke Skywalker?"

That question came from Kathleen Kennedy, who also says, "characters who are conflicted between good and evil, dark and light ... that's a big part of the themes inside of Episode VII."

We haven't seen much of Luke yet. And what we have seen looks ominous. We do know the real Luke (Mark Hamill) wanted to break bad.