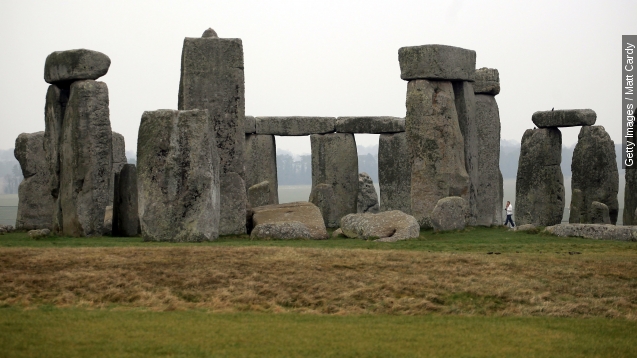 Stonehenge's origin has been a mystery for centuries, but archaeologists now believe it was actually a "second-hand monument." An earlier version might have been erected in Wales.

For a while, archaeologists have known the general area where many of the rocks supposedly came from, but British scientists say they just found two of the actual excavation sites.

Rocks known as "bluestones" were reportedly broken free from larger rock faces by inserting wooden wedges into cracks and then allowing rain to cause them to swell, driving the stones up.

Moving them was another challenge. One of the researchers says they were probably transferred on land, as opposed to by sea, with groups of people or oxen dragging them or moving them across rail-like structures made of wood. (Video via BBC)

That researcher went on to say: "It could have taken those Neolithic stone-draggers nearly 500 years to get them to Stonehenge, but that's pretty improbable in my view. It's more likely that the stones were first used in a local monument ... that was then dismantled."

Now, the team is hoping evidence from the excavation sites will show why Stonehenge was constructed. (Video via NBC)

The researchers said the spectacle may have been designed to unite many groups of people across Britain.