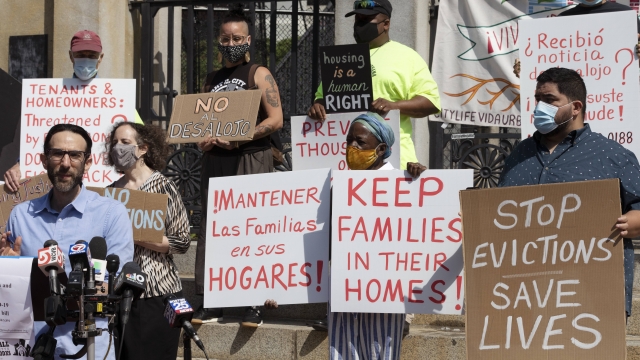 Congresswoman Cori Bush rallied people outside the Capitol over the weekend and camped out to protest the end of the eviction moratorium.

The moratorium expired at midnight on Saturday, which means around 3.6 million Americans are now at risk of eviction.

The Centers for Disease Control and Prevention put the ban in place as part of the COVID-19 response when jobs shifted and many workers lost income. The ban was intended to hold back the spread of the virus among people put out on the streets and into shelters.

Some Democratic lawmakers said they were caught by surprise when President Biden announced that he would not extend the moratorium again in the wake of a Supreme Court ruling that suggested congressional action was necessary for another extension. 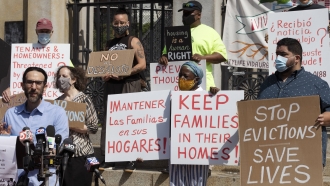 Another source of frustration for lawmakers is the slow pace of pandemic relief already approved by Congress — nearly $47 billion in federal housing aid to the states — getting to renters and landlords owed payments.

Biden has called on local governments to “take all possible steps” to disburse the funds immediately. Landlords also have argued for speeding up the distribution of rental assistance and opposed another extension of the moratorium.

As the deadline approached Saturday night, Pelosi urged House Democrats to check into how the money already allocated had been distributed so far in their own states and localities.

She said the Treasury Department, which transferred the funds earlier in the year, offered to brief lawmakers during the coming week.