Everything You Should Know About The Driverless Car You'll Own Someday 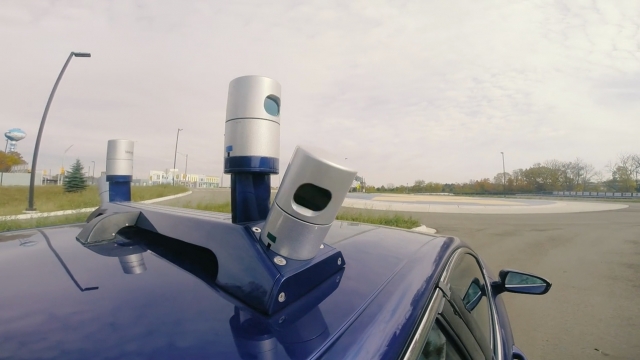 SMS
Everything You Should Know About The Driverless Car You'll Own Someday
By Leah Becerra
By Leah Becerra
February 9, 2016
How do they work? Are they safe? And when will they be ready?
SHOW TRANSCRIPT

So, let's talk about autonomous cars: How do they work?

Most fully autonomous car projects use some type of sensing technology. This can include cameras, radar, lidar (a type of laser-based radar) and more. The sensors show a vehicle what's immediately around them. (Video via Ford Motor Co.)

The vehicles also need to know where they're going. They need maps, but not the maps we use for turn-by-turn directions — something more 3-D. For this task, the cars need prior maps — rich visualizations of what cars' surroundings should look like. (Video via Google, Wired)

Comparing a prior map to immediate surroundings will help cars do the most important thing: driving, which is often called "planning." Unlike people, cars can't take driver's ed. Here's Amnon Shashua, co-founder and chief technology officer for Mobileye, speaking at CES this year.

"We're taking lessons to learn how to merge into traffic. It's a multi-agent game … and we know it is difficult because it takes us dozens of lessons until we get our driver's license. Then we are mediocre drivers. It takes us years before we become good drivers, and some of us never become good drivers."

That's why different companies have different plans to make cars fully autonomous, and there's really no correct or best option so far.

Artificial intelligence could be part of a solution. Deep learning could be another part. There are also paths relying more heavily on the mapping aspect of sensing technology, like Mobileye's Road Experience Management. (Video via Google)

A system like that would rely on real-time, crowdsourced data to feed cars the information they need to drive themselves. (Video via Mobileye)

Pretty cool, right? Now, are they safe? Elon Musk seems to think so.

"I think to do autonomous driving, to a degree, that's much safer than a person, is much easier than people think," said Musk, CEO of Tesla.

But the problem with that is, automakers can't snap their fingers and make every car driverless. What I mean to say is for now, these cars have to learn how to drive safely around human drivers.

Data backs up the idea that cars might actually be better drivers than humans are. (Video via Google)

There have been accidents since manufacturers started testing autonomous cars, but in Google's case, the company says human drivers in other cars were to blame. (Video via Google)

But since the technology is new, a lot of people haven't tried it out, which could lead to some anxiety over the whole driverless concept.

But a few have had the opportunity — like Jim McBride, technical leader of Ford's autonomous vehicle program: "I have yet to have a single person actually ride in the car and not within five minutes forget they're riding in a self-driving car and love it."

So, when will fully autonomous technology be ready?

This is the potentially billion-dollar question. And it turns out most tech firms are on the same page when it comes to a realistic time frame.

"A couple years ago I thought it was more like 10 years, but based on the rate of improvement that I'm seeing and the progress we're making, I think we'll probably be able to do it in five or six years."

That was Tesla CEO Elon Musk's estimate in 2014, but the time frame still seems to be holding up. (Video via Bloomberg)

"These are my two boys; the oldest one is 11. That means in four and a half years, he's going to be able to get his driver's license. My team and I are committed to making sure that doesn't happen."

If you couldn't quite make out that last part, McBride says the unofficial consensus is four to five years. (Video via Ford)

Last December, Musk moved up Tesla's estimate on full autonomy to just two years. If that happens, regulators would likely still need another two or three years before giving the technology the green light.