Everything We've Learned About Pluto This Week 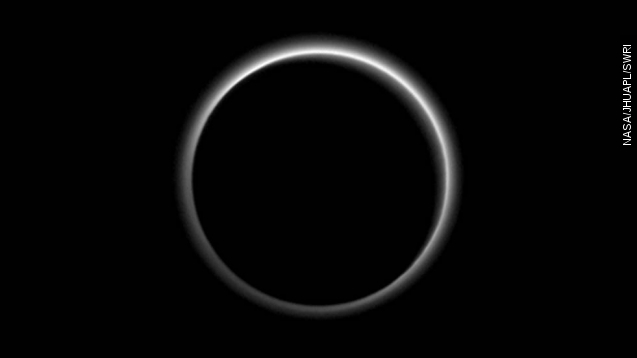 SMS
Everything We've Learned About Pluto This Week
By Evan Thomas
By Evan Thomas
July 26, 2015
NASA's New Horizons has sent back a trove of new data about the dwarf planet - from ice plains to atmospheric haze.
SHOW TRANSCRIPT

Last time we checked on Pluto, New Horizons had just spotted a range of relatively young mountains made mostly of ice. (Video via Newsy)

In the last week or so, New Horizons has sent back a trove of new data, on more than just mountains. Here’s a rundown of its findings. (Video via NASA)

On its way past, New Horizons captured some of the best images yet of Pluto’s moons Nix and Hydra. Yes, they’re still blurry, but more data is coming. And remember: a couple weeks ago these moons still looked like a few pixels to us.

Smooth ice plains on Pluto might be the work of convective processes from beneath its surface, and suggest the planet could still be geologically active.

Some of this ice flows like glaciers, despite the balmy ambient temperature of 390 degrees below zero.

Though they’re shorter than the Norgay range New Horizons first spotted, these darker peaks are thought to be much older: on the order of billions of years.

This is a cleaned-up false-color image from New Horizons’ cameras on approach. Looking pretty good, considering this time a few months ago Pluto still looked like this.

You can’t see it in those images, but scientists have also found particulate haze in Pluto’s tenuous atmosphere. Once New Horizons got past Pluto and the sun shone through it, scientists found it was about 50 miles thick.

This haze starts as methane. Ultraviolet light from the sun breaks it into other hydrocarbon molecules known as tholins, which then fall on Pluto’s surface as a sort of exotic snow and give it that reddish color. (Video via NASA)

The best part is all these features are still just the tip of the iceberg. Researchers won’t even receive all of New Horizons' data until about 16 months from now.

The probe itself, meanwhile, is headed further out into the Kuiper Belt: the ring of icy debris beyond Neptune’s orbit. Researchers hope to pick at least one target there for New Horizons to visit. (Video via NASA)