Everyone's Pointing Fingers Over The Water Crisis In Flint, Michigan 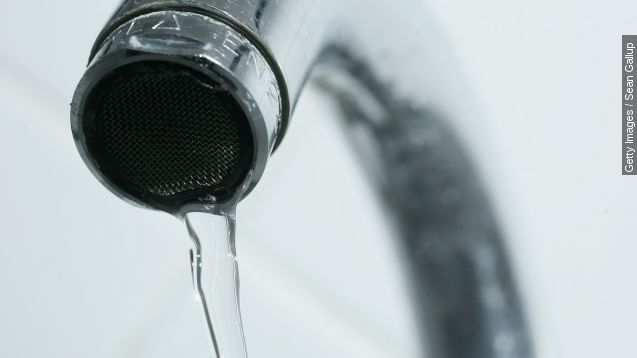 Boil orders and bottled water have become the norm for residents in Flint, Michigan, and now residents and federal investigators are trying to determine who's really to blame. (Video via WXYZ)

The city switched water sources in April 2014 in hopes of saving money. And with more than 40 percent of residents living below the poverty line, saving money seemed like a good idea. Until people developed rashes and started losing clumps of hair. (Video via CNN)

Despite growing concern, city officials insisted the water was safe. But actually, it wasn't. Researchers found elevated levels of lead in the water and in people's blood.

According to a task force appointed by the state's governor, the Michigan Department of Environmental Quality dropped the ball and potentially exposed thousands to harmful toxins. The initial report says the department's response to health concerns was "often one of aggressive dismissal" and "completely unacceptable." (Video via WXYZ)

It didn't take long for the director of that department to resign. But the buck might not stop there. A city council member told The New York Times Flint's former state-appointed emergency manager is responsible since he approved the switch to the problematic water source.

And still others blame Gov. Rick Snyder for appointing that leader in the first place and for being slow to respond to the problem.

Snyder recently stepped in, issued a state of emergency and pledged to address the water issues in Flint.

In a statement released Dec. 29, he said: "I know many Flint citizens are angry and want more than an apology. That's why I'm taking the actions today to ensure a culture of openness and trust." But for some, it all comes too late.

"Lead is something that needs to be prevented, never ever reaching the body of a child because when it does it is irreversible, and there's no treatment," Dr. Mona Hanna-Attisha told Newsy's partners at WXYZ.

Doctors in the area say the percentage of kids with elevated lead levels has nearly doubled since April 2014. These children may experience stunted growth, behavioral issues and decreased IQs. (Video via NBC)

The U.S. Justice Department and the Environmental Protection Agency have stepped in to conduct their own investigations into what went wrong. No word on when those probes will wrap up.

This video includes images from Getty Images and music by Little Glass Men / CC BY 4.0