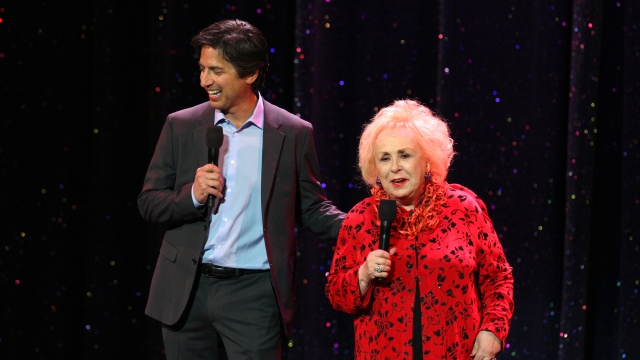 Doris Roberts won four Emmys for her role as Marie Barone on "Everybody Loves Raymond."

Doris Roberts, the actress who played Marie Barone on the TV series "Everybody Loves Raymond," died Sunday at the age of 90.

TMZ broke the news, reporting that the award-winning actress passed away in Los Angeles. According to Extra, the cause of death has not been released.

Roberts began her acting career in the 1950s and worked on various television and theater projects over the years. She joined the cast of "Everybody Loves Raymond" in 1995 — that show won her four Emmy awards.

She’s survived by her son and three grandchildren.

This video includes clips from CBS / "Everybody Loves Raymond" and images from Getty Images.