Every MLB Team Will (Finally) Have A Spanish Translator This Season 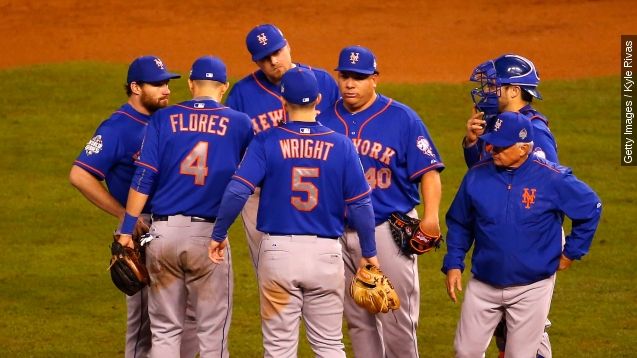 SMS
Every MLB Team Will (Finally) Have A Spanish Translator This Season
By Grant Suneson
By Grant Suneson
January 14, 2016
Major League Baseball is requiring each team to hire a full-time Spanish interpreter this year. Almost 25% of big leaguers come from Latin America.
SHOW TRANSCRIPT

The commissioner mandated that each MLB team have a full-time Spanish translator on staff.

It’s somewhat surprising it's taken this long for such a rule to be put in place, since nearly a quarter of big-leaguers hail from Spanish-speaking countries like the Dominican Republic, Venezuela and Cuba.

It’s not that these players don’t know any English. Many just aren’t comfortable going through entire interviews with the media in their second language.

New York Yankees Venezuelan utility player Jose Pirela told The New York Times, "Sometimes I get nervous. I want people to understand what I say. That’s why sometimes I need somebody because I want to make sure you understand me."

And it’s not like these clubs can’t afford to hire interpreters. Japanese-speaking players, the second largest foreign-born demographic, often have translators.

In 2014, the Yankees had three Japanese-speaking players, each with his own interpreter.

That’s likely because Japanese players often come to the majors as highly sought-after free agents from Japan's top league, whereas Latin American players usually have to work their way up through the minor leagues.

In the past, Spanish speakers often had to rely on teammates or other club employees to decipher their words for reporters.

But thanks to the new Spanish-language translator program, Hispanic players will no longer be lost in translation. All clubs are expected to fill the translator position by opening day 2016.