Every Catholic Bishop In Chile Offers To Resign Amid Abuse Scandal 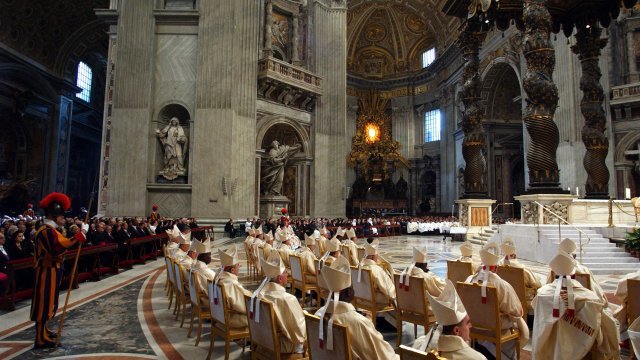 Every bishop in Chile has offered to resign.

The move, which is reportedly unprecedented, came Friday. The 34 bishops said in a statement: "We want to announce that all bishops present in Rome, in writing, have placed our positions in the Holy Father's hands so that he may freely decide regarding each one of us."

Pope Francis met with the bishops last week in a summit in which he addressed sexual abuse of minors by clergy members. It was in response to a 2,300-page report released in March detailing sexual abuse by Chilean priests. It also reportedly revealed that Catholic Church officials destroyed evidence of abuse.

It's not clear if the pope accepted the bishops' resignations. But he has reportedly said that while some in the church will need to resign, "we must go further."