Even J.K. Rowling Was Rejected By Publishers After Harry Potter 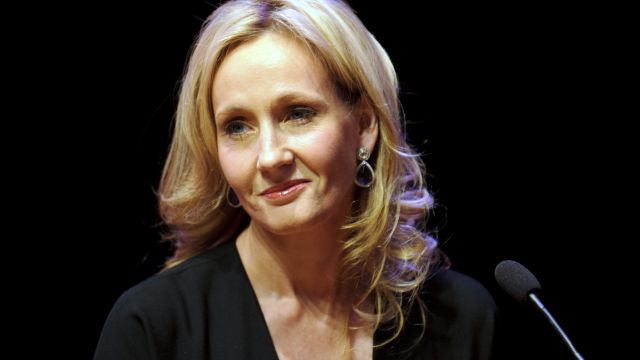 Turns out, even the creator behind one of the most famous wizards of all time didn't find instant publishing success after her popular "Harry Potter" series ended.

To encourage other aspiring writers, J.K. Rowling tweeted a photo of two rejection letters she received from publishing houses that decided not to go forward with "The Cuckoo's Calling," the first in her crime series for adults.

If that title doesn't exactly ring a bell, it's probably because Rowling chose to publish it under a pseudonym: Robert Galbraith.

If you look closely at the picture of the rejection letters, each is addressed to a Mr. Galbraith.

So it's entirely possible these publishing houses had no idea who they were really corresponding with. Which is exactly what Rowling wanted.

"There was a phenomenal amount of pressure that went with being the writer of Harry Potter. ... So you can probably understand the appeal of going away and creating something very different and just letting it stand or fall on its own merits," Rowling told NPR.

And according to the rejection letters — one of which Rowling pinned to her kitchen wall — "The Cuckoo's Calling" fell at first.

One said they weren't taking any new submissions at the time, while the other from Constable & Robinson said it "reluctantly [came] to the conclusion that we could not publish it with commercial success."

It wasn't until after the book was picked up by another publisher and sold 1,500 copies that The Sunday Times revealed Rowling was the author.

We're guessing a few of those publishers who initially rejected "The Cuckoo's Calling" were kicking themselves after that reveal.