Even An Extra 10 Pounds Could Raise Blood Pressure 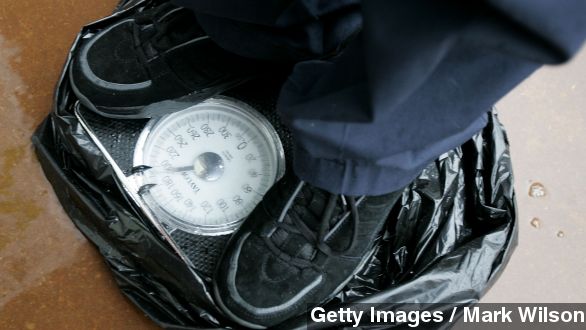 Vacations, holidays and even a bad breakup can add a few pounds to your waistline, but according to a new study, just a bit of weight can actually play a role in your blood pressure.

A preliminary study presented to the American Heart Association says gaining just 5 pounds can increase your blood pressure, although it does not seem to affect cholesterol, insulin or blood sugar levels.

The author of the study told the American Heart Association, "Our research suggests that healthy people who are more likely to gain weight in the stomach area are also more likely to have their blood pressure increased."

To conduct the study, researchers fed 16 healthy adults a generous meal with dessert — or in other words, an extra 400-1,200 calories each day. The goal was to raise participants' weight by 5 percent. They took participants' blood pressure before and after those eight weeks.

They compared the results from those on the new diet to 10 healthy adults who maintained their weight over the eight weeks. The study concluded those who gained an extra 5-11 pounds pushed their systolic blood pressure — the higher number in a reading — on average from 114 to 118.

Although the unhealthy effects of major weight gain are well-documented, those involved with the study say this small weight gain is much more common.

"This is an important finding because a five- to seven-pound weight gain may be normal for many during the holiday season, the first year of college or even while on vacation."

It should be noted the study's findings are considered preliminary because they have not been reviewed and published by a major medical journal. The sample size of 16 test subjects compared to 10 controls is also incredibly small.