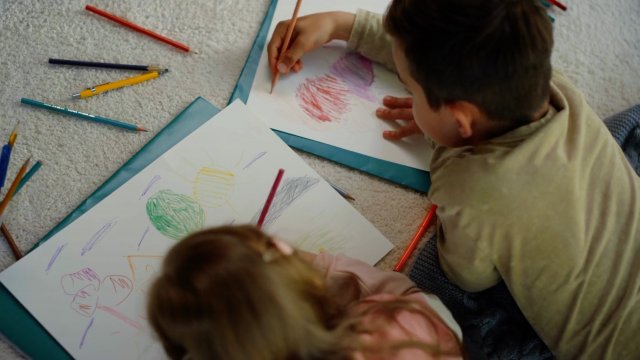 One in four girls and one in 13 boys will experience sexual abuse before they turn 18.

It's a tough conversation to have, but an important one: talking to your kids about child sexual abuse.

"Abuse thrives in silence. And the less we talk about it, the more taboo the subject is," says Evelyn Yang, sexual assault survivor and author of "A Kids Book About Sexual Abuse".

Yang — the wife of former Democratic presidential candidate and current New York City mayoral contender Andrew Yang — spoke publicly about her sexual assault by her gynecologist. As a survivor, she penned a book to help guide that difficult conversation this Sexual Assault Awareness Month.

Yang says: "When I was abused, I was scared, I was confused, but I told someone and they believed me. ... It's brave to tell the truth."

It is a widespread problem. According to the nonprofit anti-sexual assault organization RAINN, child protective agencies substantiates an allegation of child sexual abuse every 9 minutes. As many as 93% of children know their abusers. Yang recently revealed that she, too, was abused when she was a child

"I was very lucky because an adult who worked at the school discovered us and intervened. But if I hadn't been so lucky, would I have known to tell? Because at that point I felt very guilty. I felt like I had done something wrong," says Yang.

She said the abuser was later arrested and she testified against him in court. Yang's book comes after many child-welfare experts warned of a likely surge of child abuse due to the pandemic.

"Kids are confined, have been confined to home, often with with their abuser, for the last year. So there's many more opportunities for abuse, as well as far fewer opportunities for someone to notice signs of abuse ... and help protect that child," says Scott Berkowitz, president of Rape, Abuse & Incest National Network (RAINN).

RAINN's president tells Newsy states have reported a dramatic decline in calls to Child Protective Service hotlines in part because they aren't spending time with potential reporters like teachers, coaches or grandparents. But even despite an overall decline in calls, the rate of reports to RAINN by minors rose from 44% to 52%. The National Sexual Assault Hotline offers free, confidential help 24/7 at 1-800 656-HOPE or online at RAINN.org. … Yang wants others to know that they're not alone.

"It's never your fault and that no matter what happens, the most important thing you can possibly do is to tell someone," says Yang.