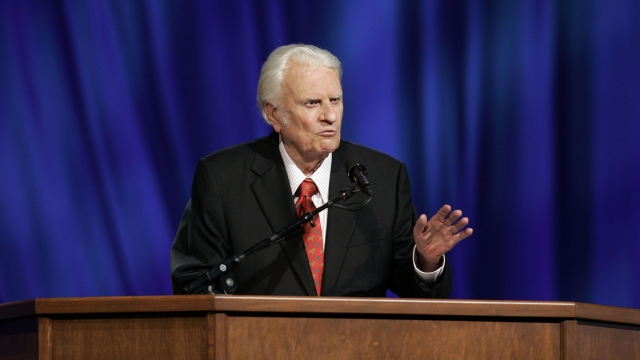 Christian evangelist Billy Graham has died. He was 99 years old.

Graham rose to fame after speaking on a radio show in 1949.

He created the Billy Graham Evangelistic Association to expand his ministry through radio and television.

Many say he preached to more people worldwide than any other religious leader.

Along with preaching to mass audiences, Graham met with many presidents over his lifetime.

He was reported to have had close relationships with Dwight D. Eisenhower and Lyndon B. Johnson. Graham also wrote more than 30 books over his lifetime.