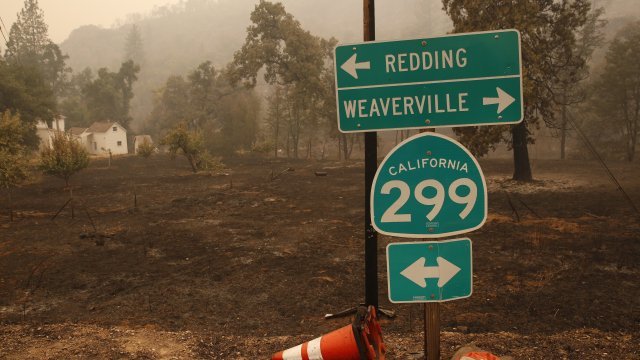 Officials lifted the evacuation orders Wednesday, more than three weeks after the fire started. The fire has burned more than 200,000 acres, destroyed more than 1,000 homes and taken the lives of eight people.

According to officials, the fire started when the rim of a flat tire dragged along a gravel road, sending sparks into the undergrowth. Strong winds sped up the spread of the fire from there.

The Carr Fire is one of more than a dozen major wildfires that have devastated California this summer.

The state is reportedly on pace for its worst ever year in terms of wildfires, with more than 700,000 acres burned in all. Public lands affected by the Carr Fire remain closed.