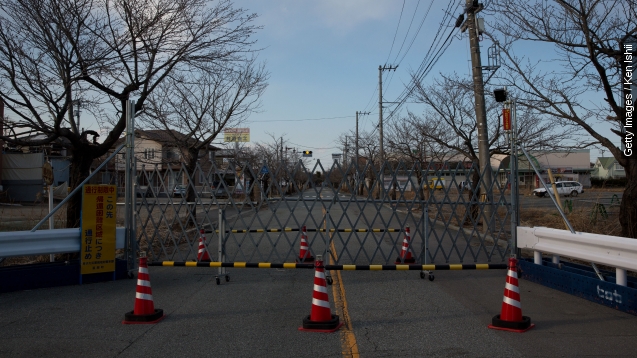 SMS
Evacuated Residents Near Fukushima Allowed To Return Home
By Cliff Judy
By Cliff Judy
September 5, 2015
Japan has lifted the evacuation order for the first of seven cities near the Fukushima nuclear power plant, which was devastated by 2011's tsunami.
SHOW TRANSCRIPT

Even as a decadeslong cleanup plan continues at the Fukushima Daiichi nuclear power plant, Japan has now officially allowed residents in one nearby town to go back to their homes. (Video via Tokyo Electric Power Company)

Four-and-a-half years ago, the small town of Nahara was one of seven cities where all residents were ordered out following the 2011 earthquake and tsunami that devastated eastern Japan. (Video via NHK)

As that seawater rushed over mainland Japan, it also got into the nuclear reactors in Fukushima, three of which were in operation at the time and lost all power. That led to fuel overheating and a massive hydrogen explosion sending radiation into the surrounding towns. (Videos via Tokyo Electric Power Company and PBS)

While the evacuation order was lifted as planned Saturday, The Asahi Shimbun reports only about 10 percent of the population registered to come back amid radiation fears, no medical facility and limited access to groceries.

While residents have been allowed to come back to the town during daylight hours since 2012, the Japanese government has come under criticism for a perceived rush to let residents back home as clean up continues. Nahara is only 12 miles from Fukushima and on the outskirts of the evacuation radius. (Video via Tokyo Broadcasting System)

And the radiation concerns are certainly still present as cleanup crews believe fuel in one of the reactors burned its way through a containment chamber and now is in contact with groundwater. (Video via TV Asahi)

City officials maintain hope Nahara still has a shot. As the mayor told city officials, "The clock has just started ticking again for our town with the lifting of the evacuation order."