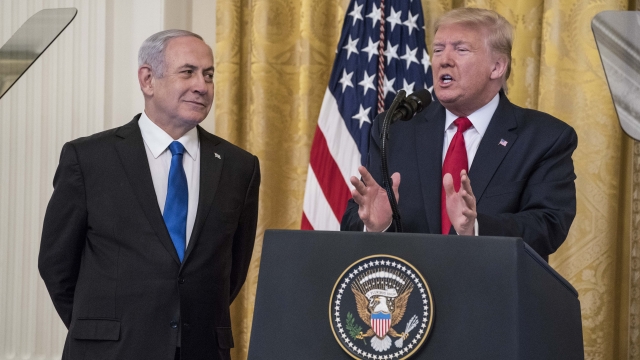 In a statement Tuesday, the EU's foreign policy chief called the plan unworkable because it could lead to continued Israeli annexation of Palestinian territory.

Last September, Israeli Prime Minister Benjamin Netanyahu announced a plan to cement Israel's military gains by annexing vast territory spanning from the Jordan Valley to the northern Dead Sea. That infuriated Palestinians because the move would encircle a potential Palestinian state inside a Greater Israel.

Josep Borrell, the EU's High Representative for Foreign Affairs and Security Policy, criticized the peace plan as effectively endorsing Israeli territorial expansion at the expense of a viable Palestinian state. He said Tuesday: “We are especially concerned by statements on the prospect of annexation of the Jordan Valley and other parts of the West Bank."

Netanyahu has endorsed the plan. Yet this week, the Yesha Council, representing more than 150 Israeli settlements in the occupied West Bank, said the White House isn't acting forcefully enough to protect Israel's sovereignty over the disputed territory.

That's because the Trump administration has urged Netanyahu to delay a cabinet vote to annex the territory until after Israel's presidential elections in March.