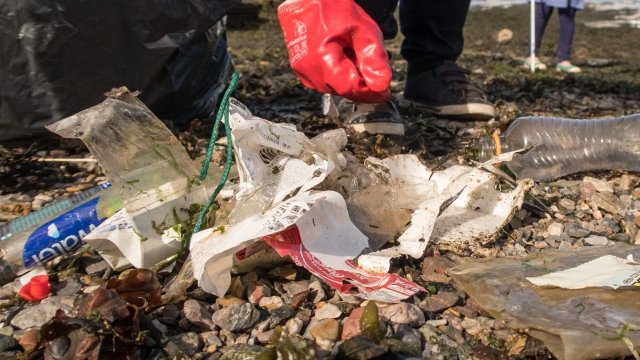 SMS
European Union Proposes Ban On Single-Use Plastic Products
By Briana Koeneman
By Briana Koeneman
May 28, 2018
In a proposal released by the European Commission, single-use plastic products with readily available and affordable alternatives would be banned.
SHOW TRANSCRIPT

The European Union wants to ban certain single-use plastic products in an effort to clean up oceans and beaches.

In a proposal released Monday by the European Commission, some single-use plastic products with readily available and affordable alternatives would be banned from the market.

The new rules would target 10 products that are "most often found on Europe's beaches and seas," including plastic straws, cutlery, plates and cotton buds.

As the EU Commission's vice president said in a statement, "Plastic can be fantastic, but we need to use it more responsibly."

Before a ban can go into effect, the proposal would need to be approved by all EU member states and the European Parliament, which could take awhile. But the commission hopes to get things moving before elections in May 2019.