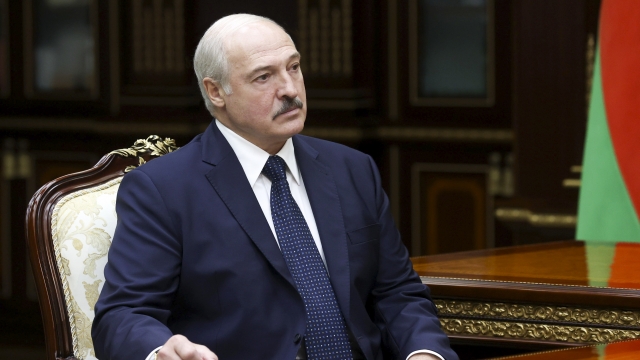 The European Union is condemning Belarus for the "unexplained arrests and detention" of political activists.

An EU official called on authorities to release 633 people who were arrested after Sunday's peaceful unity march.

Those arrested include opposition politician Maria Kolesnikova who was held at the Ukrainian border Tuesday after she reportedly resisted authorities trying to force her to leave the country. A Belarusian opposition candidate in exile says she's sure Kolesnikova was kidnapped.

"We are sure that she was kidnapped in the morning, but what was going on after this, we are not sure, because we still don’t have answers. Maybe she was fled to a foreign country or maybe she’s still in jail. Nobody knows."

The EU also announced it will impose sanctions on Belarus for "violence, repression and falsification of election results." Protesters say the country's August presidential election was rigged. Belarus' president has served in that position since 1994 and recently won reelection.