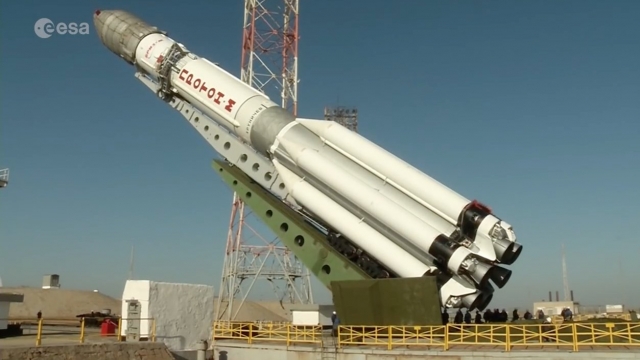 A European-Russian mission is scheduled for launch Monday with the goal of finding life on Mars.

The project involves sending an advanced satellite to search for and map methane, a chemical scientists believe could show life exists.

Methane has been appearing and disappearing in parts of Mars' atmosphere in mysterious ways.

It's possible the methane was created and trapped in ice-like structures long ago, and now they're sometimes melting. Or maybe the methane is being made now, but by under-the-surface rocks interacting with water.

But the explanation many are hoping for is that microbes currently living on Mars are making the methane.

The satellite is only the first part of the mission. In 2018, the ExoMars program plans to land a rover on Mars and drill into the planet's surface to collect samples.

This video includes clips from NASA, the European Space Agency and images from NASA.