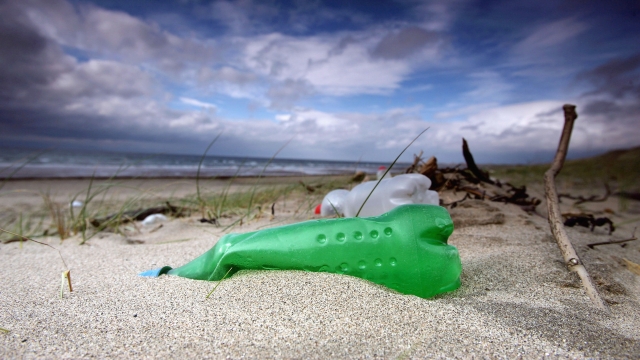 It's part of the European Union's plastics strategy. The ban applies to the 10 disposable plastic items most commonly found polluting European beaches, like plastic straws, cutlery, food containers and bottles.

In addition, the legislation urges EU member states to cut down on plastic packaging and implement stricter pollution regulations. It sets recycling and sustainable production targets for the next decade.

Following the vote, the vice president of the European Commission said he hopes the move will serve as an example for other world countries to follow suit.

European lawmakers had already signaled their support for the ban, but this vote was the final European Parliament approval. Next, it'll be officially endorsed by the EU Council of Ministers, and member countries will have two years to incorporate the legislation into their national laws.

According to the EU Commission, the plastic items listed in the ban make up 70 percent of world ocean waste.