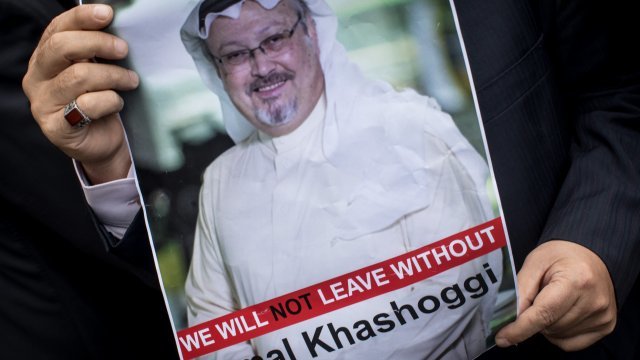 By Gabrielle Ware
October 14, 2018
The foreign ministers of the U.K., Germany and France released a joint statement on the matter Sunday.
SHOW TRANSCRIPT

The foreign ministers of Germany, the U.K. and France are all calling for an investigation into the disappearance of Saudi journalist Jamal Khashoggi.

A joint statement released Sunday read, "There needs to be a credible investigation to establish the truth about what happened, and — if relevant — to identify those bearing responsibility for the disappearance."

Khashoggi went missing after entering the Saudi consulate in Istanbul on Oct. 2. He was known in the U.S. as a prominent critic of his country. The Turkish government says it has proof Khashoggi was killed inside the consulate, but Saudi Arabia denies those claims.

The U.S. said Saudi Arabia will face severe punishment if if was behind the disappearance. Some lawmakers have suggested U.S. Treasury Secretary Steven Mnuchin cancel an upcoming trip to Saudi Arabia amid uncertainty over Khashoggi's whereabouts.