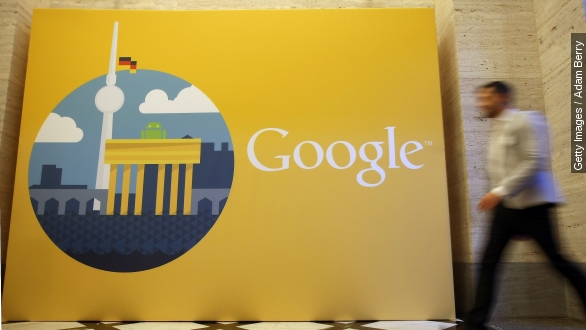 The European Commission could file formal antitrust charges against Google within weeks.

The Wall Street Journal’s sources say the commission is approaching businesses that have filed complaints against Google in the past, seeking permission to publish the currently confidential grievances.

“Antitrust experts said the requests were a strong indication that formal antitrust charges were being prepared.”

There’s a possibility these suit preparations could just be intended for leverage. One source told the Financial Times the commission could be looking to force new negotiations with Google.

But there’s evidence the commission is serious this time around. For one thing, The EC’s competition commissioner, Margrethe Vestager, is said to prefer suits to settlements. (Video via European Commission)

And the commission has attempted to force a settlement three different times since the investigation into Google’s practices started in 2010. With the exception of a temporary agreement in February of 2014, it hasn’t had much luck.

If anything, Google’s dominance has grown since the investigation started. The company has more than 90 percent of the European search engine market, and Europe’s Parliament has gone so far as to draft legislation that called for Google’s break-up. (Video via Deutsche Welle)

If the European Commission does bring a suit, Google would have about three months to argue its case or reach a settlement, and it could later appeal any verdict.

Safe to say it doesn’t want to lose outright: the commission could slap Google with a fine of as much as 10 percent of its annual revenue if it finds the company is abusing its search position.

Google has not issued an official comment on the commission’s apparent suit preparations.