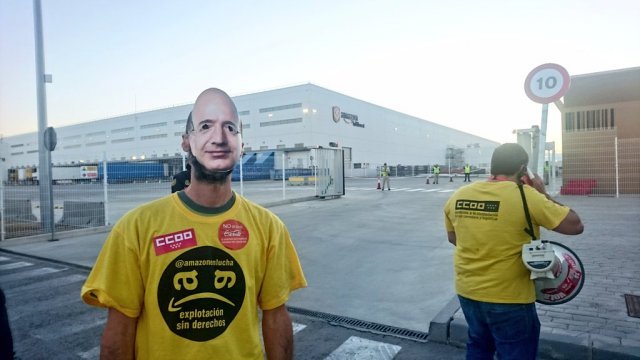 Some Amazon workers in Europe won't be working during the company's Prime Day sale. Instead, they're walking out.

Almost 1,800 Amazon workers in Spain went on strike on Monday to protest their pay and working conditions, according to The Washington Post. The strike is expected to last three days.

They won't be the only Amazon employees protesting in Europe. Workers in Poland will stage a work to rule, meaning they'll only do the bare minimum as required by their labor agreement. Thousands of workers in Germany are also expected to walk out on Tuesday. Germany brought in the second-most sales of any country last year, right behind the U.S.

Amazon said it does not expect the protests to affect shipments in Europe, although protest organizers say it's too soon to know what the strikes' impacts will be. Amazon also defended the company's hourly wage, arguing its pay is competitive.