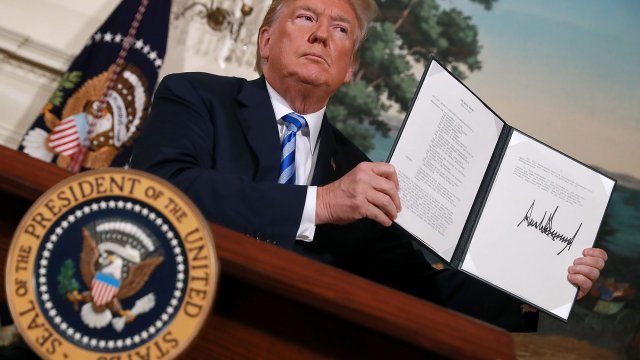 By Jake Godin
September 28, 2018
A workaround to U.S. sanctions against Iran announced by China, Russia and Europe highlights the divergent strategies each are taking toward Iran.
SHOW TRANSCRIPT

Russia, China and the European Union are taking a stand against the U.S.'s Iran policy.

Specifically, by setting up something called a "Special Purpose Vehicle" that will allow countries to get around the U.S.'s Iranian sanctions when they are re-imposed in November.

U.S. Secretary of State Mike Pompeo wasn't happy to hear about the decision. "This is one of the most counterproductive measures imaginable for regional and global peace and security," Pompeo said.

For the U.S., the goal is to isolate Iran economically and counter its destabilizing activity in the Middle East. That's why President Trump's administration pulled out of the Iran nuclear deal and decided to bring back sanctions. In some ways, it's worked — Iran's currency is plunging.

But it's also shown the growing divide between the U.S. and other nations on how to approach Iran. So far, the U.S. hasn't been able to get much support from others who also signed on to the nuclear deal. 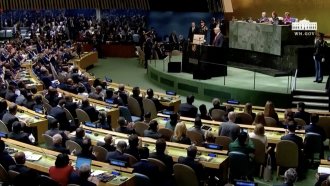 Russia, China, the EU, United Kingdom, France and Germany have all opted to salvage the agreement in an effort to keep Iran's nuclear program under watch and continue trade with the nation.

"It doesn't matter what world leaders think of Iran. Iran's going to come back to me and they're going to make a good deal. I think. Maybe not. Deals… you never know. But they're suffering greatly," Trump said.

Companies are already fleeing Iran's economy to avoid being hit with U.S. sanctions. And the architects of the Special Purpose Vehicle haven't yet explained how their plan will protect companies from those sanctions.