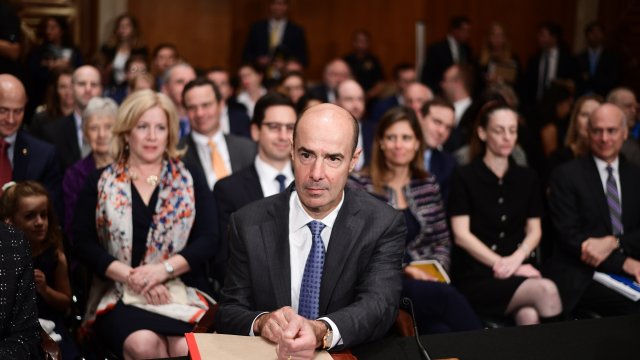 In a 53-44 vote, the Senate confirmed Scalia despite remarks from Democratic leadership calling his nomination a "disgrace".

Scalia, the son of late Supreme Court Justice Antonin Scalia, has received criticism from Democrats and labor unions since his nomination, mostly due to his work as a lawyer for large companies. Critics say Scalia's record shows that he is "anti-worker" and that he has spent his career attacking regulations that protect workers.

In a tweet, Senate Minority Leader Chuck Schumer called Scalia's nomination "a slap to the face of the Labor Department." He said Scalia is "a corporate lawyer who has spent his career protecting the interests of CEOs, big corporations, the wealthy elite — not workers."

Former Labor Secretary Alex Acosta resigned amid public scrutiny of his time as a federal prosecutor in Florida and specifically his role in a plea deal with Jeffrey Epstein.