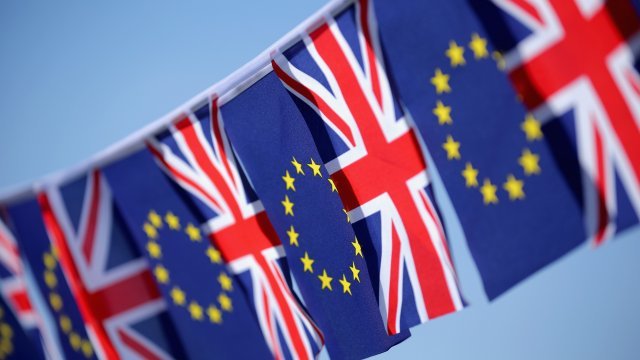 SMS
EU Wants Brexit Transition Period To Last Until The End Of 2020
By Katherine Biek
By Katherine Biek
December 20, 2017
The European Union also said the U.K. would still be subject to all of its rules during that transition period.
SHOW TRANSCRIPT

The European Union wants any Brexit transition period to end by Dec. 31, 2020.

That deadline will come a little less than two years after Britain is set to leave the EU in March 2019. U.K. Prime Minister Theresa May had asked for a transition period lasting around two years.

The transition period is supposed to provide more time for U.K. businesses to adapt to Brexit. The EU's chief negotiator said the U.K. will still be bound by all of the EU's rules during that time.

Details of the transition are expected to be one of the first issues discussed when EU and U.K. leaders meet for more Brexit talks early next year.