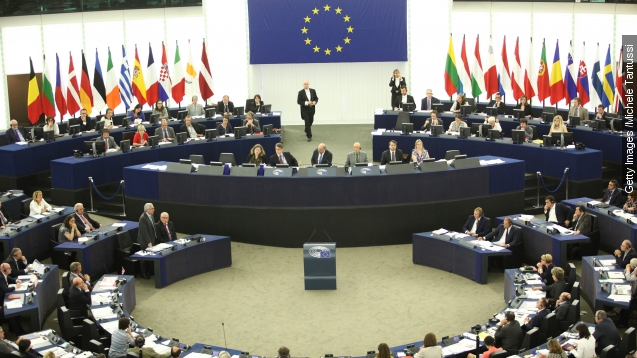 The European Parliament has narrowly passed a resolution to grant Edward Snowden asylum in Europe.

Lawmakers are asking EU member states to "drop any criminal charges against Edward Snowden, grant him protection and consequently prevent extradition or rendition by third parties, in recognition of his status as whistle-blower and international human rights defender." (Video via The Guardian)

But the 285-281 decision isn't binding. Ultimately, asylum has to be granted from each member state individually.

Yet the resolution does show a significant amount of support behind Snowden and against the government-sponsored mass surveillance programs he exposed. The EU Parliament has also called for more secure data transfers with the U.S. (Video via CBS)

Snowden was charged with violating the Espionage Act of 1917 and stealing government documents in June 2013, after he leaked details about U.S. surveillance programs. (Video via The Guardian)

Snowden, who recently joined Twitter, called the decision a "game-changer" saying, "This is not a blow against the US Government, but an open hand extended by friends. It is a chance to move forward."

The White House has not changed its stance on dropping charges in the face of Europe's resolution, and a spokesman for the National Security Council has said Snowden would be given a fair trial upon return.

A federal appeals court ruled the NSA phone surveillance program will continue to operate during its last month before its scheduled shutdown. (Video via NBC)