EU Threatens To Impose Tariffs On $20B Worth Of US Products 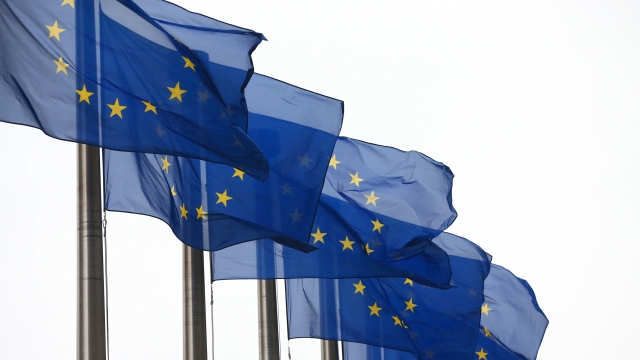 SMS
EU Threatens To Impose Tariffs On $20B Worth Of US Products
By Briana Koeneman
By Briana Koeneman
April 17, 2019
The EU released a long list of proposed tariffs on American products — including dried fruit, airplanes, ketchup and handbags.
SHOW TRANSCRIPT

The European Union threatened to slap tariffs on $20 billion worth of U.S. imports as part of their ongoing battle over aircraft subsidies.

On Wednesday, the bloc released a long list of proposed tariffs on American products — including dried fruit, airplanes, ketchup and handbags.

EU Trade Commissioner Cecilia Malmström said in a statement accompanying the list: "We must continue to defend a level-playing field for our industry. But let me be clear, we do not want a tit-for-tat."

This is the latest development in the yearslong dispute between the U.S. and the EU, during which both sides have accused each other of illegally subsidizing their respective main aircraft makers — Boeing and Airbus.

Earlier this month, the U.S. said it was thinking about hitting the E.U. with about $11 billion worth of tariffs, and EU officials said the bloc was preparing to respond with tariffs of its own.