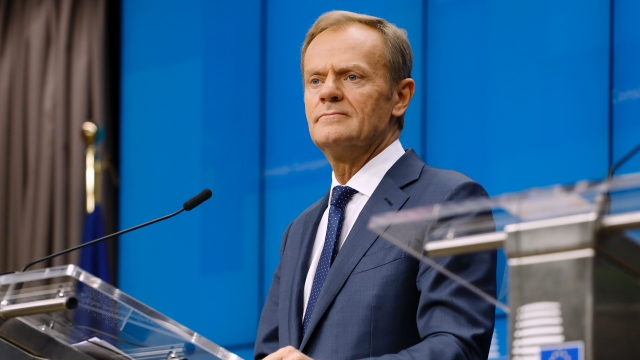 The European Union used to be at the center of diplomacy between Iran and the U.S. But now the EU is increasingly finding itself on the sidelines as the two countries barrel towards conflict in the Middle East.

Alex Vatanka of the Middle East Institute told Newsy: "The Europeans, for various reasons, are not in a position to really shape American calculations. ... They look formidable in terms of the size of the population, economic power, and all the rest of it. But in reality, they actually don't have that much clout on the international stage, certainly not on this issue."

There's a growing risk of military clashes in the region — the U.S. nearly targeted Iran with airstrikes after an American surveillance drone was shot down. But Europe is also concerned about the fate of the international deal restricting Iran's nuclear program. The U.S. abandoned that deal's constraints over a year ago, and now Iran is threatening to do the same.

Europe has called for restraint from both countries, but hasn't taken a very active role in the crisis. That may reflect the region's diminished sense of influence with both the U.S. and Iran.

Vatanka said: "You've had the German Foreign Minister and a host of other senior European Union diplomats in Iran recently. But none of them have brought the kind of silver bullet that says to the Iranians, hang tight, stay in the agreement, we'll save the day. The Iranians don't think the Europeans can or will."

EU leaders are now planning a June 28 meeting about preserving the Iran nuclear deal. The bloc has tried to keep the deal alive after the U.S. withdrawal, but hasn't been able to keep U.S. sanctions from seriously damaging Iran's economy.