EU Court: Food Made In Palestinian Territories Must Be Labeled As Such 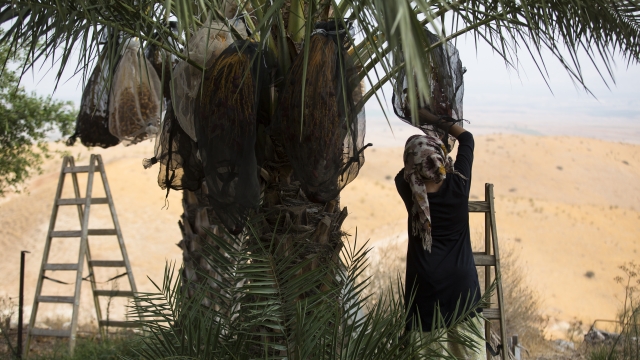 The European Court of Justice, or ECJ, ruled Tuesday that food and drinks made in Israeli settlements must be labeled as having been produced in the Palestinian territories.

The ruling upheld recommendations issued in 2015 by the European Commission, which said grocery products could not be labeled as "Made in Israel" if they were made outside Israel's 1967 borders. The EU had previously left it up to member states to enforce labeling requirements, but an ECJ spokesperson told The Jerusalem Post that Tuesday's decision would be "binding" in every EU country.

The EU has consistently opposed Israel's settlement expansion, which is in violation of the Geneva conventions and multiple U.N. resolutions. And Tuesday's decision was welcomed by Palestinian rights activists and civil society groups that have, for years, urged the EU to label products from settlements in a bid to increase transparency and awareness of Israel's occupation.

Israel denies that the settlements break international law. As a result, Israeli farmers continue to grow and package a variety of produce in the Palestinian territories.

But since the territories are not part of Israel, the court says labeling is necessary to "prevent consumers from being misled as to the fact that the State of Israel is present in the territories concerned as an occupying power and not as a sovereign entity."

Israeli Foreign Minister Israel Katz, though, rejected the decision and accused the ECJ of applying "a double standard" to the country. He said the court's ruling served "as a tool in the political campaign against Israel" and that he would work with EU leaders to prevent its implementation.