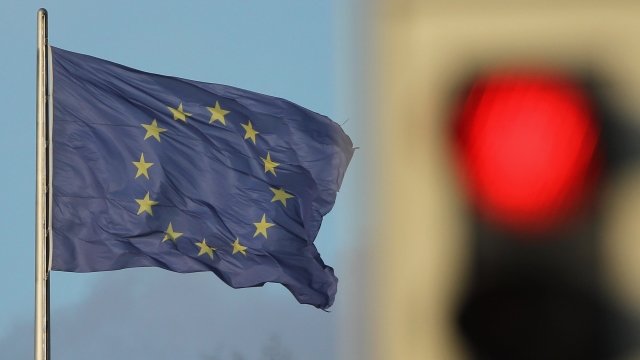 SMS
EU Preparing To Hit Back If US Imposes Tariffs On European Cars
By Briana Koeneman
By Briana Koeneman
July 19, 2018
The EU's trade commissioner said the bloc is making a list of American goods it could target if the U.S. imposes the new tariffs.
SHOW TRANSCRIPT

The European Union is already preparing to strike back if the U.S. moves forward with tariffs on European cars.

EU Trade Commissioner Cecilia Malmstrom said at a conference in Brussels Thursday the bloc is making a list of American goods it could target if the U.S. imposes the new tariffs.

"If the U.S. would impose these car tariffs, that would be very unfortunate. But we are preparing together with our member states a list of rebalancing measures there as well," Malmstrom said.

Last month, the U.S. slapped tariffs on steel and aluminum imports from the EU, Canada and Mexico.

And President Donald Trump threatened to extend those tariffs to European car imports after the EU announced retaliatory tariffs on U.S. goods.

EU Commission President Jean-Claude Juncker is scheduled to meet with Trump in Washington next week to discuss trade relations.