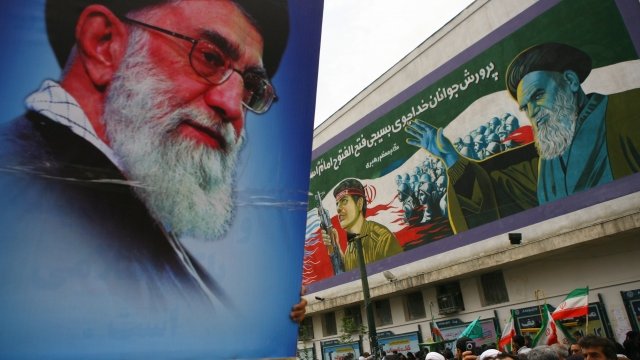 European powers are shopping around potential sanctions against Iran that would appease the Trump administration but still be legal under the 2015 nuclear deal with Tehran.

The Iran nuclear deal gave the Islamic Republic a break from crippling sanctions if it agreed to stop pursuing nuclear weapons. But other sanctions for things like human rights violations are still in place.

President Donald Trump has threatened to take the U.S. out of the deal, to which Tehran said it would respond by also backing out. That deal is seen as a major accomplishment and a way to maintain peace in the region, but doesn't mention Iran's ballistic missile program — a major sticking point for Trump.

To strike a balance, diplomats from the U.K., Germany and France drafted plans for new sanctions against Iran focused on its involvement in the Syrian civil war. Since those sanctions wouldn't be related to nukes, the three European nations say they're still operating within the parameters of the 2015 deal and wouldn't give Iran an easy way out.

Trump will again have a chance to take the U.S. out of the deal in May, which he says he will do if significant changes aren't made.