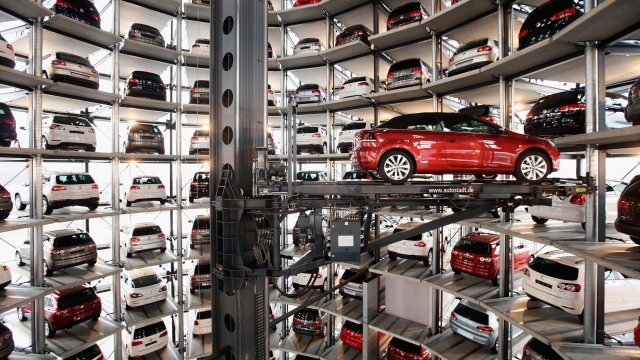 By Caitlin Baldwin
September 18, 2018
The European Commission opened an investigation into what it calls the "circle of five."
SHOW TRANSCRIPT

The European Commission has opened an investigation into whether a number of car manufactures colluded to limit the roll-out of clean emission technology in Europe.

The EU calls the group in question the "circle of five" — BMW, Daimler, Volkswagen, Audi and Porsche.

The commission says it's looking into whether the car makers all agreed to hold back systems designed to reduce nitrogen oxides and particulate filters from diesel and gasoline cars.

As the European Competition Commissioner puts it: "If proven, this collusion may have denied consumers the opportunity to buy less polluting cars, despite the technology being available to the manufacturers."

The emissions investigation isn't the first for Volkswagen, which pleaded guilty last year to putting software in it's vehicles that let the cars fraudulently beat emissions tests.